Every year between April and August around 580,000 breeding pairs arrive in Great Britain. Near Scotland’s capitol Edinburgh, you can find Great Britain’s third largest Puffin colony in the middle of the Firth of Forth, on the historically significant Isle of May. 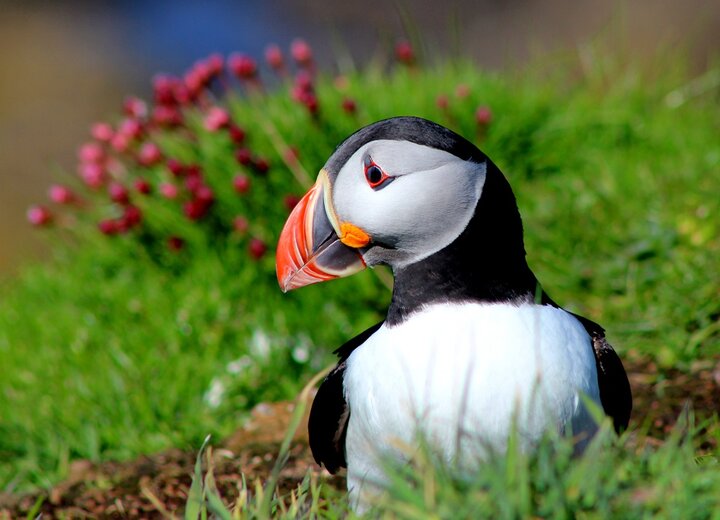 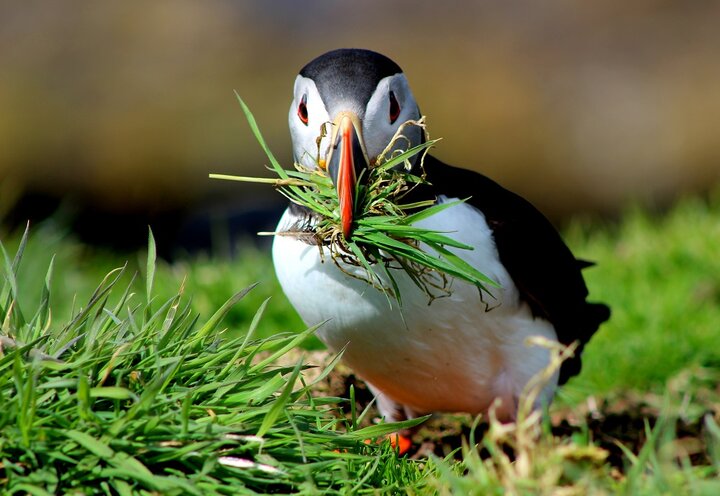 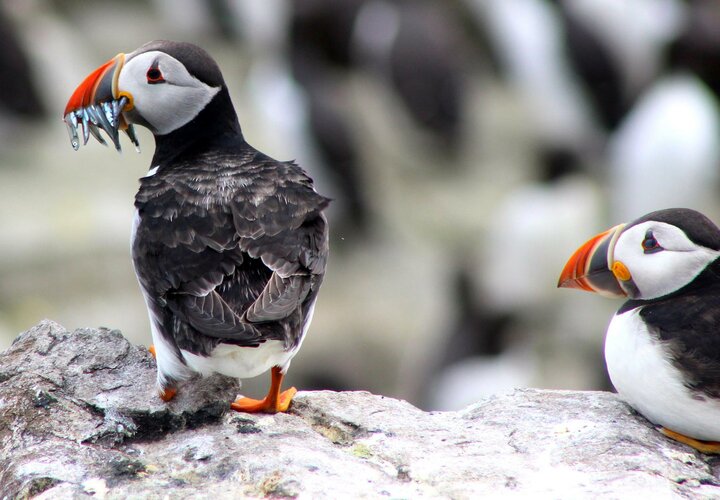 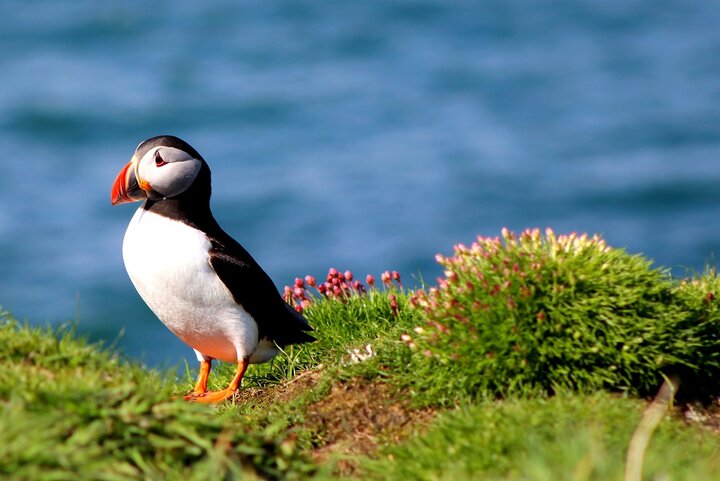 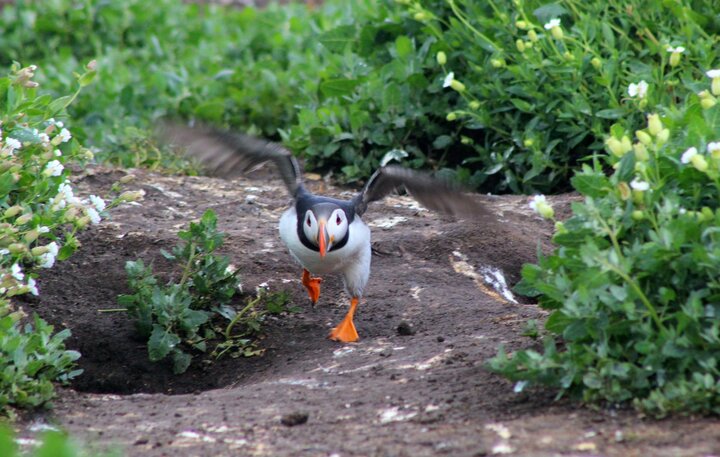 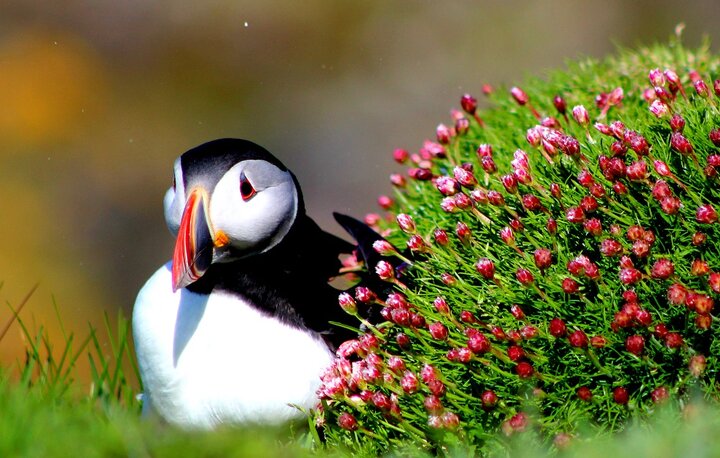 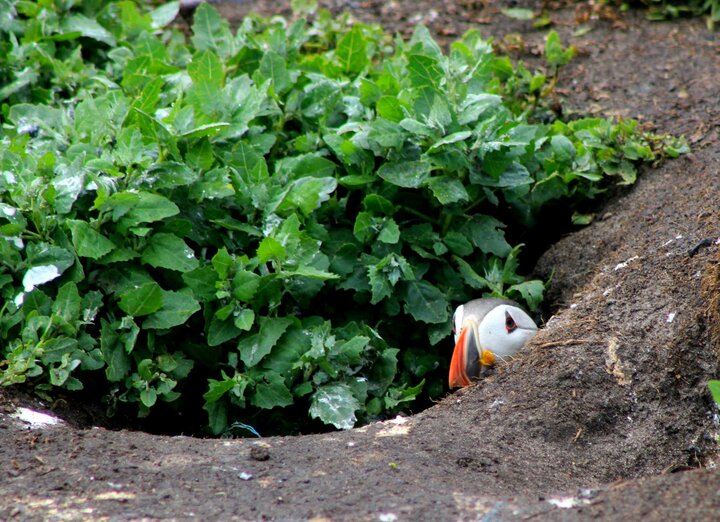 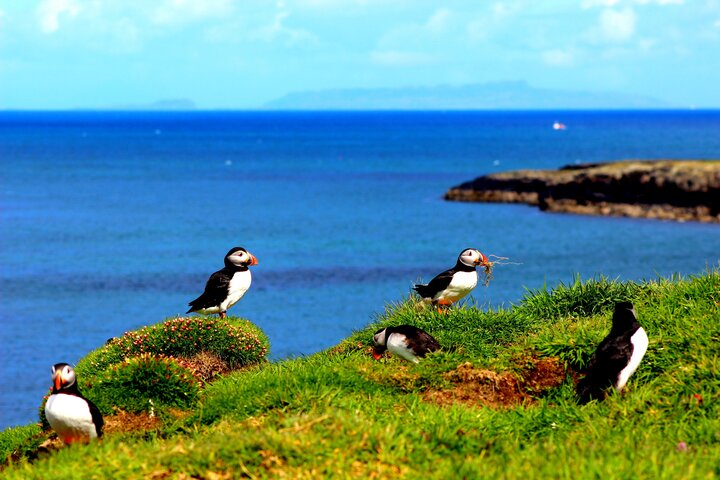 You may have already come across photographs of a Puffin while browsing pictures of Scotland on the internet, but what is it that intrigues us about these little clowns-like birds?

Puffins belong to the bird family of the Aulks (Alcidae) and their scientific name is  Fratercula artica. Their home is the open sea from August to March/April. During this time, they are pelagic, living at sea, in the North Sea and the Atlantic Ocean - from the Arctic to the north of Africa and even the Mediterranean Sea. Towards the end of March or beginning of April it’s time for the Puffins to begin their migration to their nesting spots on the islands and cliffs in the north Atlantic and western Arctic Ocean. Every year between April and August around 580,000 breeding pairs arrive in Great Britain. Here, they build their nests in colonies, lay their eggs and prepare their offspring for life on the open sea.

Puffins brood in burrows, dug into the clifftop soil with their beaks. They pad these with stalks of seagrass and other plants that they take down into the burrows. Not much phases these little guys while they are at it because there are virtually no terrestrial predators where they choose to nest. They do come under air attack though by hungry Gulls and Skuas but disappear as soon as noticed like little prairie dogs into their burrows.

Mid- April/ early May the first eggs get laid, and the female Puffins stay in the burrow while the males stand watch outside. The incubation period for a Puffin egg is 40 days, after which the  “Pufflings”  - as they so endearingly are called - hatch end of May/ beginning of June. Throughout the month of August, when the chicks are fully fledged, the Puffin colonies make their way to the open sea.

In Scotland, there are a few colonies that breed on the mainland, most of the Puffins choose to breed on one of Scotland’s many small islands though. Near Scotland’s capitol Edinburgh, you can find Great Britain’s third largest Puffin colony in the middle of the Firth of Forth, on the historically significant Isle of May.  Around 120,000 individuals have been spotted here during the breeding season. You can also see Puffins breeding on some of the smaller surrounding islands and rock formations. For example, Bass Rock, off North Berwick where you can also visit the National Seabird Centre. On the second day of our Best of Scotland Tour you can take a boat trip and observe these fascinating little sea parrots for yourself.

The isles of Orkney and Shetland are a true paradise for Puffins. Around 1/5 of the Puffin colonies in Scotland brood in Shetland. Many other Seabirds also brood here, for example Guillemots and Razorbills, making the Shetland Isles to a paradise not only for the birds but also for Twitchers. The Shetland Archipelago has 7 breeding spots for over 250,000 birds.