The Equinox and Stone Circles – What’s the connection? 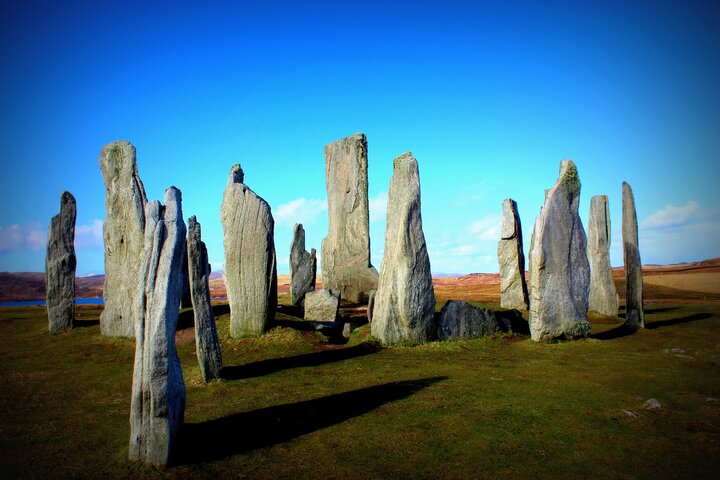 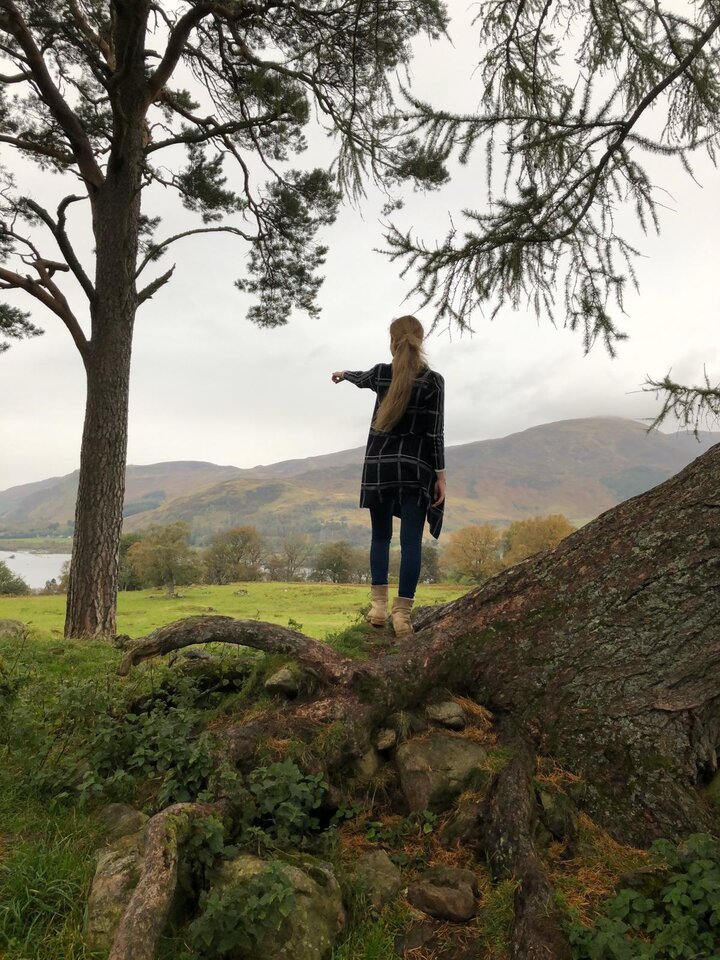 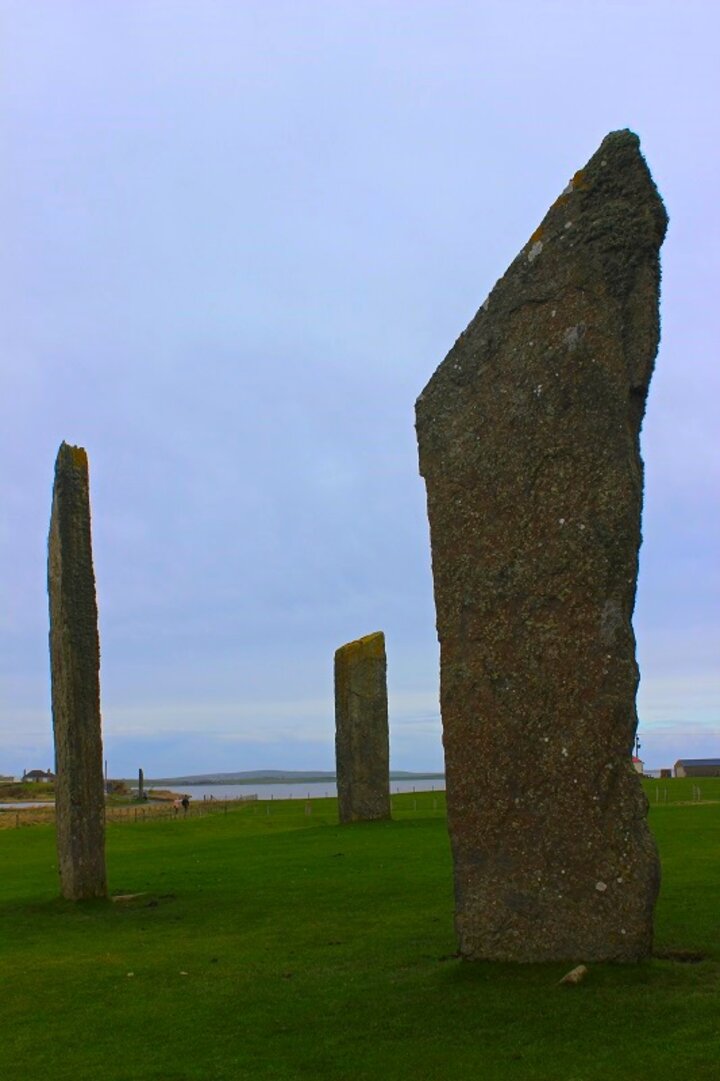 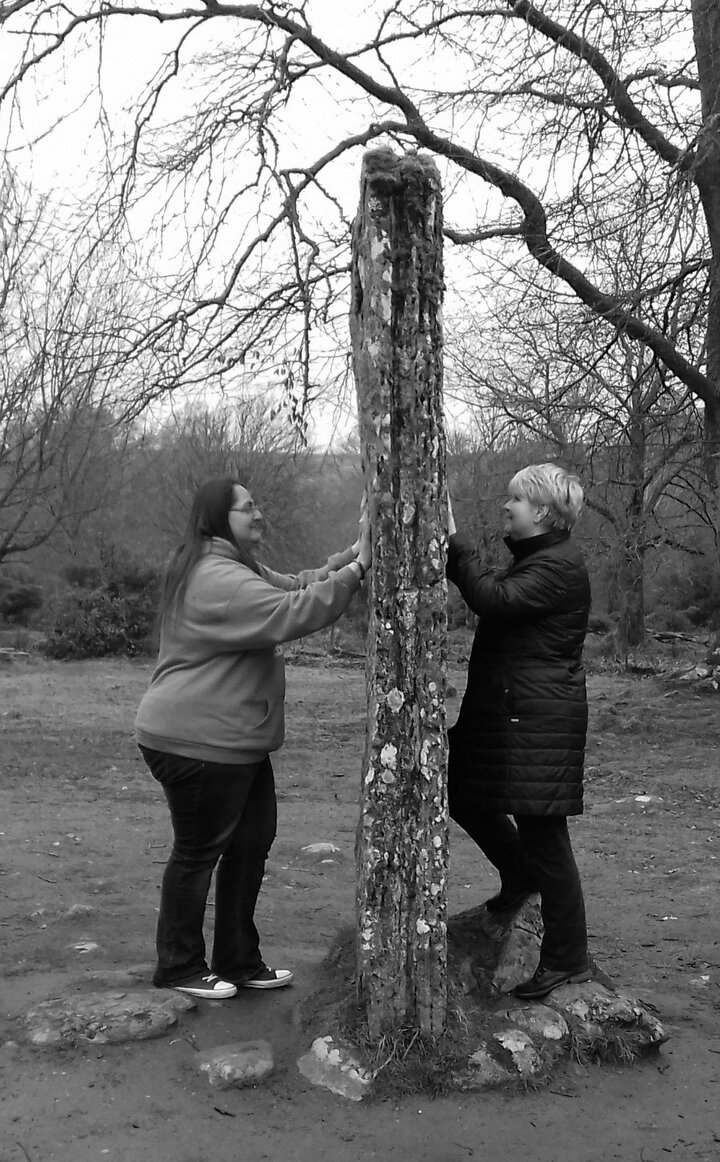 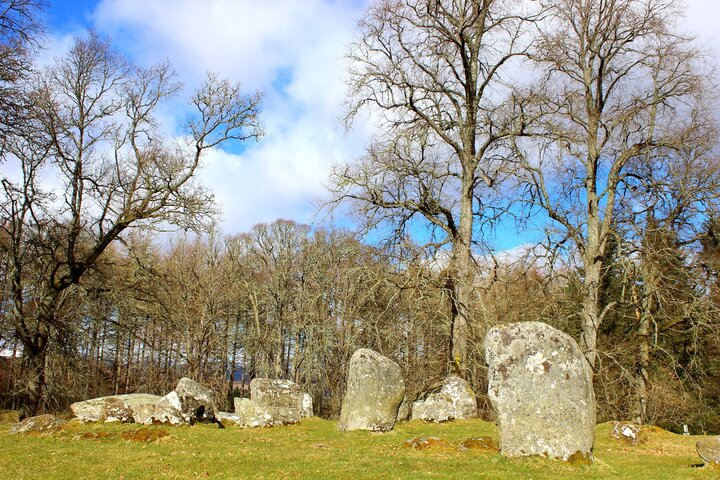 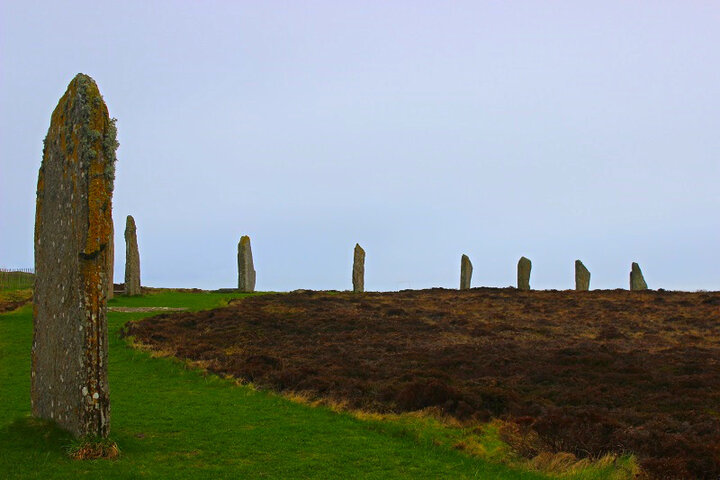 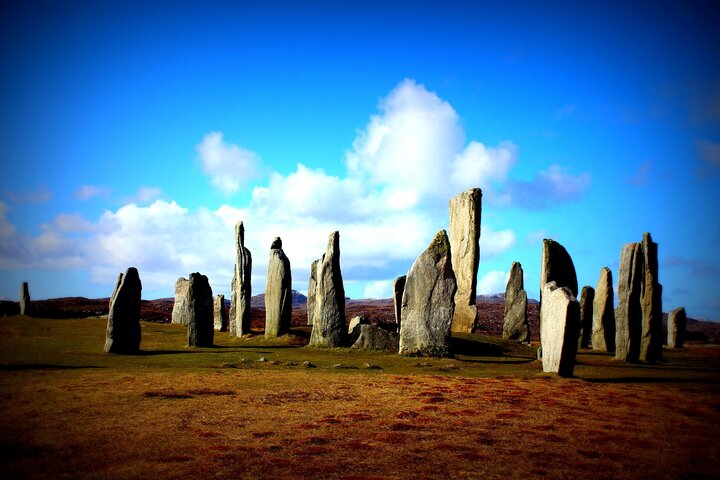 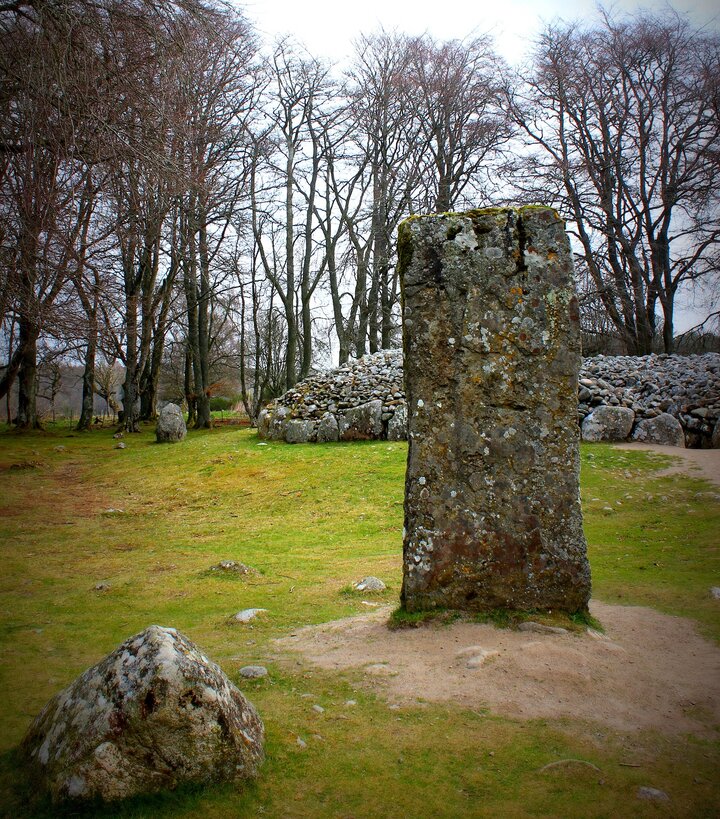 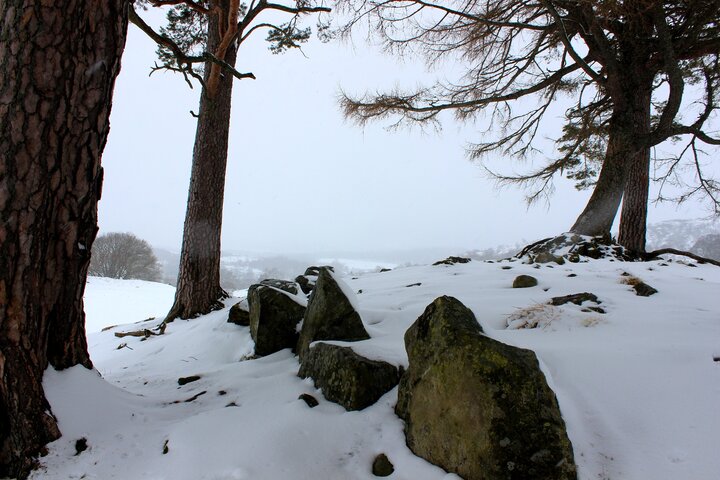 One sunny Saturday morning I set off to southern England to visit a very famous monument that I often wondered about. Why is it here? Why that place? What significance did it have for the people of the past? These were all questions that have plagued me and I was hoping to solve the mystery on site. Once I got there the queue of those waiting to get in seemed endless and I went to the back to line up with all of those others who had travelled the world in order to experience this enigma themselves. Finally it was my turn to approach the fascinating complex: Mighty monoliths, arranged in a circle. On the top they were joined by enormous horizontal stone blocks called capstones. Along with many of the other visitors, I stood in awe before the best known and most photographed stone circles in the world: Stonehenge.

In order to answer my questions, I have to go back, 4 to 5000 years. Stonehenge is only one of many standing stone complexes erected towards the end of the Neolithic period. You are able to find signs of ancient stone circles in Scandinavia and Ireland, even Austria, Germany and France. During the New Stone Age many cultures throughout Europe erected various standing stone compounds, but in very few countries can you still find as many and as large ancient monuments, as in Scotland.

Through the centuries stone circles continue to puzzle archaeologists. Many believe that the standing stones were placed for astronomical purposes. It is suspected that the stones were placed so that people could better observe solar and lunar occurrences, such as solstices and that seasonal variations could be forecast. The Equinox (when day and night are approximately equal length) must have played a central role in the placement of standing stones.

Quite a few of the stone circles were erected around gravesites, which most likely belonged to chieftains or tribal leaders. Some stone circles were later extended to build Celtic crosses, such as those seen in cemeteries across Scotland, they possessed ritual power. The stone circles seem to have been places of worship, where people preached and prayed. The geographical location also played a role in the placement of stones. Specific landscapes were chosen and some were even connected to other complexes.

Furthermore, there are many monoliths or standing stones, not part of a circle, showing different Pict symbols. The Picts communicated with pictures and symbols, one of the reasons the Romans called the people of the north “Pict”= illustrator (from Lat. Pictor). There are many different symbols, you often see depictions of fish and birds, These are believed to represent tribal emblems, such as those later used to represent the Clans of the Highlands. The sign of the wild boar was the emblem of the High King of ”Alba”, which was the name for Scotland at that time. The kings of the “Scot” family also carried on the tradition of the wild boar as their emblem for the highest king of Alba, until William the Lyon changed his crest to the rampant lion, which you can still see on the official flag of Scotland today.

The stone circles lost much of their significance with the arrival of Columba in the 6th Century and the beginnings of Christianity in Scotland. Early on many Pict traditions were integrated into the new Christian ideas. For example the stone circles were sometimes recognised as places of worship and churches were built amidst the ancient Pict circles. You can still see them today. It is even speculated that the Scottish word for church “Kirk” originates from the Pict word for circle.

The UK’s largest intact stone circle is the Callanish stone circle, also known as Callanish Standing Stones. You can see this fascinating complex on the Scottish isle of Lewis & Harris, the largest isle of the Outer Hebrides. In the middle of the circle, you can still see the burial mound, around which it was erected. The largest stone of the complex at 5.5 meters stands directly behind the burial mound. The Callanish Standing Stones are also a wonderful example of a Celtic cross.

These of course are only a few of the best-known stone circles in Scotland. Curiously enough you can “stumble” across stone circles in areas you would never expect them to be: some are still in very good condition, while others consist only of a lone ”survivor”, a last remaining stone. An example of one of these lesser-known stone circles is Lundin Links Stones in Fife, which can be found right on a golf course. Another strange but brilliant example is in Aviemore, where there is a stone circle standing next to a fire station in the middle of a modern housing estate. Caiy Stone of Edinburgh is yet another unique example; inconspicuous but unbelievably majestic.

Stone circles have gained new significance ever since the popularisation of the television series „Outlander“, which is based on the best-selling books “Highland Saga” by Diana Gabaldon. The stone circles are known for the power they possess, enabling a person to be transported into other realms and travel through time. The main character in the Outlander series, Claire Fraser, a nurse from the 20th Century, “falls” through a stone circle called “Craigh na Dun” and travels 200 years back in time. “Craigh na Dun” means something like “Rock in a Fortress” in English. Unfortunately for us there is no Craigh na Dun, through which you could time-travel, as the story is fictional and stems alone from the author’s imagination.

In Diana Gabaldon’s „Highland Saga“ she describes Craigh na Dun as a stone circle standing on a grassy hill in the Highlands overlooking Inverness. Even though there is no stone circle in the area of Inverness, which carries the name Craigh na Dun, there are a couple of possibilities that may have inspired her creativity.

There is a hill not far from Inverness called Craig Dunain. If you take a short walk through the bonnie countryside of Dunain Woods, you’ll come across a stone circle with a wonderful view of Inverness. The stone circle here is no longer intact and only a few “survivors” remain. The best preserved stone circles and burial mounds near Inverness are Clava Cairns, however you can’t see Inverness from there. Nonetheless, there is a magical feeling about the place: in the 19th Century it gained a reputation as a Druid Temple. Maybe the Druids held dances here as we know them from the Outlander series. The landowners of the time regarded this complex as something special and in keeping with Victorian tradition they planted beech trees around the stone circles. These now mature beech trees still surround the complex of the Clava Cairns and bestow the three stone circles there with a mystical magical aura all their own. Touching the stones is of course at your own risk - if you would like to travel back in time, you are welcome to give it a try.

Every standing stone or stone circle has its own story to tell. If you can envision how long these stones have been standing in the various places, it is fascinating to imagine, what they may have seen or encountered, if only stones could speak. Come visit Scotland with us and experience first- hand the magical stone circles.