Stirling Castle is visible from afar. Similar to Edinburgh Castle, it sits on a rock face overlooking Stirling 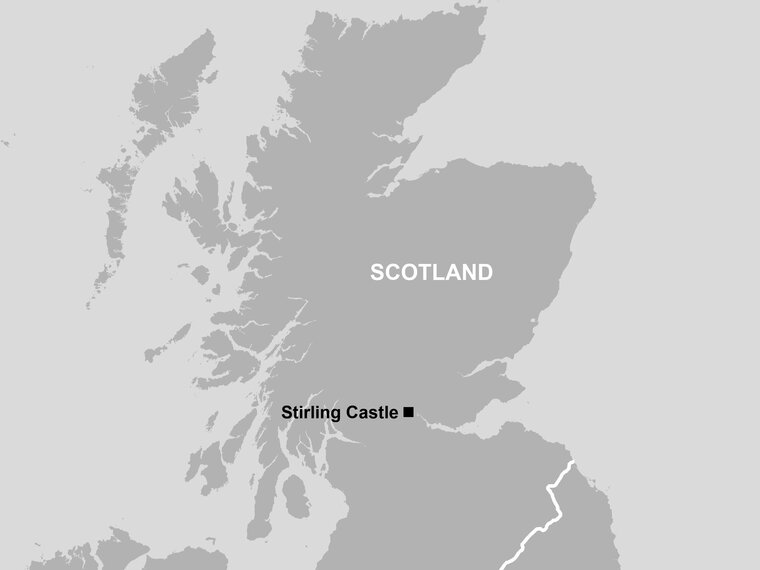 It was home to many of Scotland’s monarchs, amongst them Mary Queen of Scots, who reigned over Scotland in the 16th Century.

The history of Stirling Castle

This beautiful castle sits on the castle hill, surrounded on three sides by steep cliffs - a strategically favourable position for defence. Up until the 1890s it was one of the most important castles in Scotland - from here the crossings of the river Forth could be overlooked and the river itself was an important point of trade. Because the city was of such importance it was often the location of battles, and this is what it was named after. It is said that the name Stirling has its origins in Gaelic, meaning “Place of Battle/ Argument”.

Stirling Castle is not only of importance historically, but also architecturally. It is a great example of Renaissance architecture. Most of the main buildings date from the 15th and 16th Century but there are also some buildings from as early as the 14th Century. The outer defence works were built later, in the 18th Century. It was one of the favourite residences of the Stuart kings and queens, amongst them Mary Queen of Scots, who liked to hold may banquets and celebrations there. Many monarchs were also born and christened in the castle.

It's celebrity continues to this day

From the castle walls you have a good view of the medieval Stirling Bridge. The battle of Stirling Bridge was one of the most important ones in Scottish history - led by William Wallace, as depicted in the Hollywood film “Braveheart”.

Today you will be greeted by actresses and actors in costumes, when visiting the castle. History is brought to life by different characters, from servants to guards and many other palace officials. Highlights of your visit are not only the castle exhibition but also the big hall, kitchens, the royal chapel and the regimental museum.

Stirling castle is depicted on the back of the Scottish twenty-pound-note, with 13th Century King Robert the Bruce on his horse in the foreground.